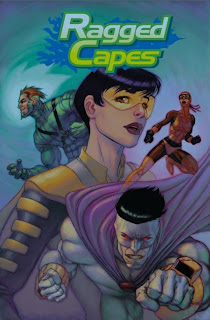 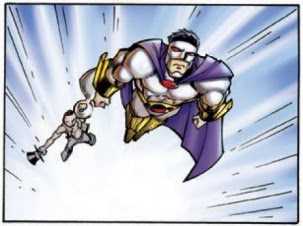 The story was written by yours truly and it was drawn by Bill Maus with colors by Lisa Hutchinson. The first page is up now and new page will become available every week.
Posted by Bud Rogers at 12:27 AM

Hey Mr Bud!!! How goes the battle?
Hadn't been to your blog in ages..so I stopped over. I also got a Facebook friend thing from John Pierce and saw your name there as well..thought I'd make re-contact.
It's been ages! Is AO still running or has it moved online now?
That's a great caricature you've got. Drop me aline sometime if ya wanna play catch up.